Llandudno Pier was designed by Brunlees and McKerrow. Taking 2 years to construct, building commenced in 1876 and was completed in 1878. The Pier is known for it splendid Victorian and Edwardian elegance.

The Pier is constructed of wrought iron lattice girders resting on cast iron columns – finished with a traditional wooden decking. The Pier’s total length is 2295ft, of which the main Pier is 1234ft, stretching majestically into the Irish Sea.

Llandudno Pier was originally operated by the Llandudno Pier Company. In 1968 the Pier was purchased by the Trust House Forte Group and then became part of the First Leisure Corporation in 1983. In 1998 the pier was purchased along with the 3 Blackpool Piers; Eastbourne Pier, South Parade Pier and Blackpool Tower & Winter gardens by Mr Trevor Hemmings operating under Leisure Parks Ltd. Today Llandudno Pier is owned and operated by Adam Williams, Tir Prince Leisure Group and still retains it elegant Victorian appearance, referred to by some as the “Queen of Welsh Piers”

The Piers Landing Stage was used for many years for sailings to and from Liverpool, the Isle of Man and pleasure trips around the North Wales Coast. Many famous faces have sailed to the Pier over the years including Ringo Starky, who went on the achieve fame in The Beatles – Ringo Starr. Sailing to and from the Pier came to an end in 2005 due to the condition of the Berthing area. Following extensive renovations to the landing stage 2015 saw the return of the Waverly & Balmoral sailings.

Since purchasing the pier Adam Williams continues to invest in the structural maintenance of Llandudno Pier. During the winter months Steel Replacement and renewal of decking takes place every year. In addition a small but dedicated Maintenance Team work all year long to maintain and improve the standard of the Piers décor and appearance. The good work will continue. 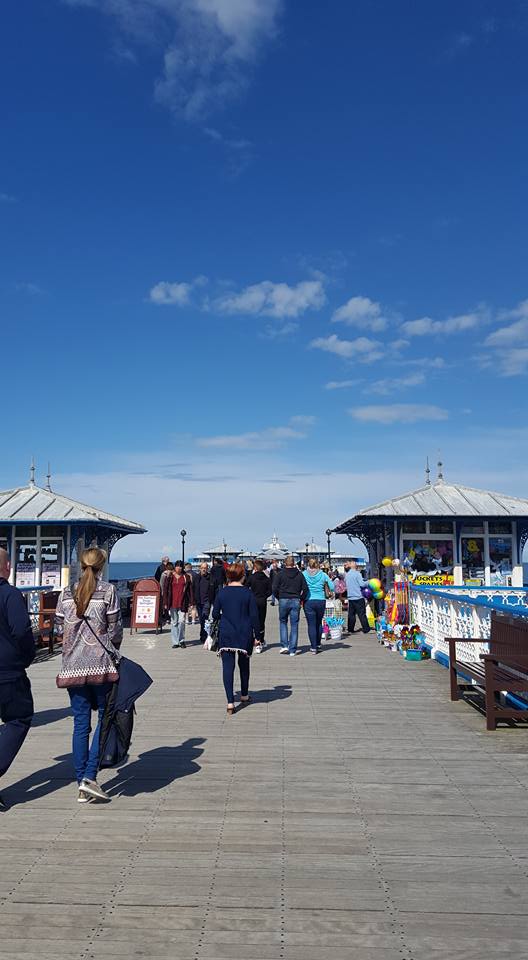