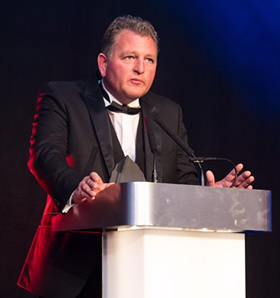 The future of Llandudno Pier and over 200 jobs are in jeopardy if a controversial residential development is given the go ahead.
Councillors will meet on December 13th to vote on plans for a new look Pier Pavilion site which promises 48 luxury apartments and restaurants.
However, the owner of Llandudno Pier says that the future of the historic 140-year-old attraction will be at risk if the plans are given the go-ahead.
A new report looking at the economic impact of the famous pier reveals the importance of the landmark to tourism in Conwy.
The research reveals that over 6 million people visit the Grade II-listed pier every year contributing more than £390million to the local economy.
Adam Williams, the Managing Director of Tir Prince Leisure Group which owns Llandudno Pier, said: “There are many good reasons to oppose the Pavilion planning application, but the biggest one is undoubtedly the potentially catastrophic impact it would have if the pier is forced to close.
“Over 75% of the pier’s revenue is taken at the entrance, but this would be in serious jeopardy if residents complain about noise disturbance and such like.
“The pier would be totally unviable as a tourist attraction if traders were forced to close down or suffer the consequences of reduced opening hours. Over 200 people are employed at the pier and those jobs would be at risk.
“Without a thriving Llandudno Pier, the town of Llandudno would fall off the tourist map of North Wales with a devastating knock-on effect for every business dependent upon the tourism industry for their livelihoods.”
Adam added: “The mood in the town is squarely against the Pavilion plans, not least because of the scale of the proposed development which will dominate the skyline and totally obscure the views of a number of existing properties and guest houses in the immediate area.
“At no stage has the developer sought to engage us with the result that his plans are incomplete in areas that directly affect the pier. The building process alone is likely to damage the pier both commercially and structurally.
“The economic impact report provides the hard data to demonstrate why the application is wrong for Llandudno and why the planning committee should reject it when it is discussed on December 13th.”
Tir Prince acquired Llandudno Pier in 2015 for £4.5million and has since invested a further £1million in improving the facility and general maintenance.
In addition to Tir Prince’s two modern arcades, more than 40 other concessions depend on visitors to the pier for their livelihoods.
There are a number of covenants in place which are intended to protect the pier and which will, potentially, affect any development on the Pavilion site.
Adam added: “Llandudno has a very limited night-time economy and the council says it is committed to improving the winter offer in the area. The Pavilion plans would fly right in the face of this stated vision.
“When I bought the pier, I bought it as a long-term investment. My view is that you never really own something as historic and loved as Llandudno Pier, you are more of a custodian.
“Nothing would give me greater pleasure than to ensure the pier remains a thriving attraction and, one day, to pass it on to my own children. The pier is not merely a tourist attraction, it is part of the fabric of North Wales.”
A site visit will take place on December 12th ahead of the council meeting on the 13th.
Llandudno Pier Fact File
• At 2,295 feet (700 metres) it is the longest pier in Wales.
• In 2005, it was voted Pier of the Year. Last year it was voted 3rd.
• The pier has appeared in the TV drama The Forsyte Saga as well as a Volkswagen advert in 2013.
• The pier is captured in a photograph at Japan’s Tokyo Airport.
• Famous visitors have included former Prime Minister David Lloyd George, the Beatles and George Formby.
Llandudno Pier – Economic Impact Study 2017
Key findings include:
• Over 6 million people visited Llandudno in 2017
• 4.1 million are from outside the local area
• 1.5 million are day visitors
• 1.6 million stayed in the local area during their visit
• More than £360 million was spent on accommodation by visitors
• A further £30million was spent on non-accommodation items
• 86% of visitors rated the pier as either excellent or very good as a tourist attraction
• 90% said the pier was either excellent or very good as a place to bring the family.
(The research was carried out by MOR, Ministry of Results, during April and August 2017).
NOTES TO EDITORS
• For more information / interviews, please contact Nick Mason or Lucy Mason at MASON on 0151 239 5050 or 07903 197402 or email: nick@masonmedia.co.uk / lucy@masonmedia.co.uk
• www.llandudnopier.com